Under the “Disruptions” section of the New York Times, an article by Nick Bilton was posted on October 1st, called “The Women Tech Forgot.” This article summarizes Walter Isaacson’s new book The Innovators– How a group of Hackers, Geniuses, and Geeks Created the Digital Revolution. The link was forwarded to me by a former retired research professor of physics, Larry Campbell who taught at Hobart College in the late 1960s, until recently. He is a smart guy, and he’s definitely been around the academy. We struck up a friendship about seven years ago. On one of our last visits, I found myself ranting (something I’m actually not prone to doing- I’m more used to singing than ranting but that is another story), about my graduate school courses, which have propelled me to continually ask the question, “Where are the women?” and “How are women’s perspectives being featured?” 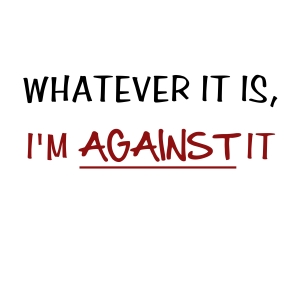 Whatever It Is, I’m Against It

The answer is obvious. They are mostly in the Women’s, Gender and Sexuality Studies Department. That is precisely my complaint. They should not just be in the WGSS. They should be everywhere–all the time. In Walter Isaacson’s book he describes Ada Lovelace as one of “the number of women who played a pivotal role but who are now forgotten.” The question in 2014 isn’t why. Most of us are well acquainted with the first, second and third wave of feminism and we know that women were considered less-than equal citizens. The question is how can this still be the case in the twenty-first century? Another NYT article from earlier in the year called “Technology’s Man Problem” cites Elissa Shevinsky’s outrage over an app called “Titstare”. The article goes on to describe, Ms. Shevinsky feelings of being “pushed to the edge.” Shevinsky is pushed to the edge because she does not fit in, and cannot join in the rhetoric of her all male workplace.

In both of the NY Times articles, problems of non-inclusion are institutional. I argue they continue to permeate entire educational systems. Concerns like these are not solved by including some feminist text in a course syllabus or by pointing out how women now are included in higher education at higher rates than men. The problem is twofold: a) the dominant discourse is still hegemonic; b) our thinking is shaped by the patriarchal mind. If you doubt this read more about social consciousness in Clare Chambers new book Sex, Culture, and Justice. She (see interview here) explores how “social norms shape our options, and our preferences.” Chambers goes on to address Feminism’s focus on equality but explains how a focus on choice “doesn’t explain liberal unwillingness to engage deeply in the enduring nature of sex inequality.”

I would assert that it is not fun being a “feminist” in the academy (If that’s what I am?). I would rather focus on learning than disruption. However disruption-innovation is necessary because women are still omitted from the canons, and we have not adequately explored the ways in which our thinking itself is structured within patriarchal confines. Granted we would have to do a lot of collective deconstruction to do before getting to the essence of the problem. Sometimes I don’t even have words for it, and a professor’s reference to inclusion seems to serve as a balm, but I know deep down there is something amiss. I will continue crafting blogs like this until I can figure out exactly what it is. The two books and three articles mentioned today affirm that in fact there is something to pay attention to. I should end this by saying one more time– I am “a reluctant radical.”

Built with WordPress | Protected by Akismet | Powered by CUNY